Put simply, Seven Photos is a murder mystery game where you have 7 photos to figure out exactly how and why you woke up, without memories, outside a locked room containing two presumably dead people. This is a point and click, action thriller game in which you try to figure out who the murderer is before you go insane. Could it have been you? Who's lying?You have seven photos.
语言: English (等级 22) 2018-01-03
I still get people saying this is one weird and great game. If anything else like this pops up from the creator I would love to add it to my channel.
查看所有 1 条回复 - 回复
Fellowplayer

(等级 22) 2017-08-19
That was some pretty entertaining stuff, more to it than I thought and loved having it added to the channel. 5/5.YouTube: Fellowplayer 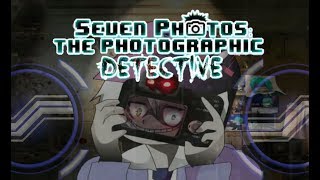 Can You Escape Heartbreak
chibixi