Поделиться
ПодписатьсяОтменить подписку
2018-04-14
Minor patch released to fix loading screen crash on Swedish and Czech language operating systems.
Whatsapp Telegram Facebook Reddit Twitter tumblr VK
2018-04-13
Welcome to The Abbattoir Intergrade. The year is 2238, and you are assuming the role of Shepherd Cartalia of the colony X1407, a human colony on the habitable planet B382 founded in 2148. Earth is 20 light years away and has largely been abandoned after the climate became erratic, quickly alternating between extreme high and low temperatures. At the start of your expedition your colony was outfitted with the latest terraforming package provided by the Human Federation. This package includes an AI module that modifies livestock DNA to generate edible lifeforms that area ideal to the planet conditions allowing you to focus efforts on terraforming and construction. Your settlement progress has been spectacular, and although you're nearing retirement, you've managed to expand the colony from its meager initial size of 100 adult citizens in a valley, to over 1,000 residents of all ages spread over several outposts during your tenure. Unfortunately, the 'Sustenance and Nutrient Generator' you were given seems to be malfunctioning, as the animals being created have recently exhibited violent behaviour and are now chasing down your people as they flee to the founding settlement. You need to set up defenses to slow the tide of violent animals, while you begin a search for a lasting solution.This game is a unique fusion of #towerdefense strategy and #visualnovel, with branching dialogue and four different endings. As you play, the AI uses #MachineLearning to discover what offense is the best against specific defenses. It takes into account the pathing, water hazards, and even the #Genetics of the animals which it controls indirectly by selecting the best specimens from its own evolving evaluation. WARNING: This game was created as part of my Master's Thesis on Machine Learning, Algorithms and Data Analysis, and as such it captures the ongoing performance of the machine learning model, enemy genetics, your dialogue and tower choices, and then submits this anonymous data to Keen.IO so I can perform analysis on it. All data is non-personally-identifiable and will be used strictly for academic purposes.
Whatsapp Telegram Facebook Reddit Twitter tumblr VK
Рекомендованные : 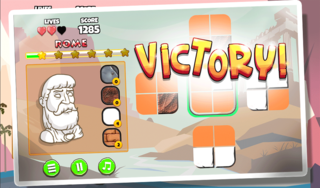 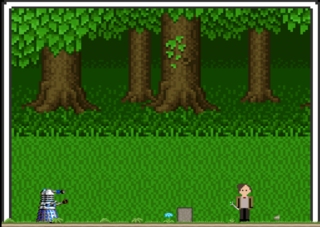 dalekgobacktohome
ildottore97
Cookies help us deliver our services. By using our services, you agree to our use of cookies. Ещё