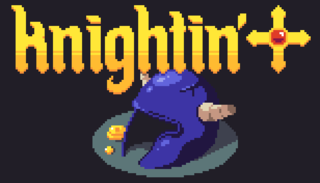 Поделиться
ПодписатьсяВы подписаны
Update v.1.2 - Level Design and More Localizations
Greetings!
More than a month passed since the last update. So I had more than enough time to watch lots of videos and streams about Knightin'+. Guess that any game developer likes to watch somebody playing his or her game. Besides having fun, it's a great way to gather feedback. Do you see where this is going?
Right, it's time to announce new update 1.2! Besides lots of tiny tweaks, fixes, improvements and even an ability to enter cheat codes with a gamepad there are 2 things that I want to tell about.
Level Design Improvements
First of all I noticed that people have troubles on several floors because of the level design flaws. Lots of changes were made but only 2 major ones deserve to be told about in detail.
Floor 1-1 was designed in a way that player was able to find a puzzle room before finding the solution. I thought that it will stimulate players to explore the whole floor, but they seem to be more eager to just brute-force the solution. Oh well, who could have thought? So sarcasm aside, I changed the layout of floor 1-1 in a way that player won't be able to find a puzzle before the solution. And you know what? I'm pretty satisfied with the result.
Floor 2-1 had a room with lots of bear traps and a checkpoint that confused lots of people. They thought that it's impossible to walk around the traps. Yep, the ability to walk behind the columns is not very obvious because of the distorted perspective. So I changed the layout of this room too. It won't confuse anybody ever. Muhaha!
Also players with gamepads kept missing the reset puzzle control hints. After a little research I realized that they didn't recognize the icon of the Select button. That's why icon was changed to look like the one on Xbox controller because it's the most common one. Yes, it's a tiny change that probably doesn't deserve to be mentioned here. But, man, I had to load this weight off my mind!
New Localizations
And here are some good news for German and Japanese people. Yep, Knightin'+ was translated to your languages, guys!
Thanks for Reading!
Well, I don't have much more to say. Hope that you'll enjoy the new update. Just trying my best to make Knightin'+ a better experience for all of us. Keep being awesome and have a nice play!
Whatsapp Telegram Facebook Reddit Twitter tumblr VK
Рекомендованные 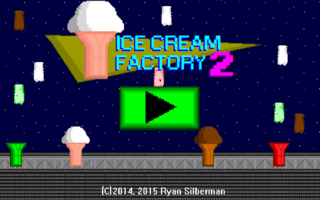 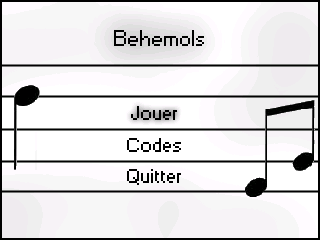 The Watching (demo2)
Bef90
Play Online Games
Cookies help us deliver our services. By using our services, you agree to our use of cookies. Ещё