Compartilhar
SubscreverCancelar inscrição
2016-09-16
Greenlight is available to get the interest of the player. Do not hesitate to vote if you want to support the project. https://steamcommunity.com/sharedfiles/filedetails/?id=744859128
Whatsapp Telegram Facebook Reddit Twitter tumblr VK
2016-06-26
This is the version that will be presented to Alexdors, former playable version dated September 2015. It brings compared to the old version a lot of content, some may say too much, but it was the starting goal to offer the player the opportunity to do many things without ever having the obligation. The map is pretty huge, with many different areas to explore. News since the old version: -HUD And improved menu. -City Enlarged (x7). -Many Added systems such as tradding, looking for treasures, battle in new arenas, new properties, adding to the casino, the prison, the player can now become a police officer ... -Many New characters and new animals, players can choose their team from 80 individuals, 21 heroes and 60 animals. -The Fights are always T-RPG exploited for the advantage of having several characters in the team (8 maximum). -The Beginning of the game was remade, the player starts the game in a snowy city and not in the ghetto. -The Game is now translated into FR and ENG. -Added A lot of script to help the player to navigate in the game world and explore the city without getting lost, adding the affinity menu, trophy menu, task menu, worldmap menu, ect ... -News artworks -Ect...
Whatsapp Telegram Facebook Reddit Twitter tumblr VK
2016-06-24
New version here 20/06/2016. Old version 9/9/2015...
Whatsapp Telegram Facebook Reddit Twitter tumblr VK
2016-04-24
The development of the game still continues very actively. Many new map and environment. HUD improved. Star system for police search indicator. Plus many other things.Nouvelle vidéo (version 23.4.2016) : 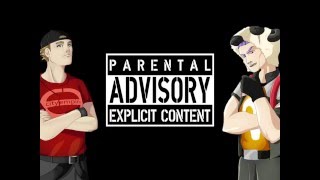