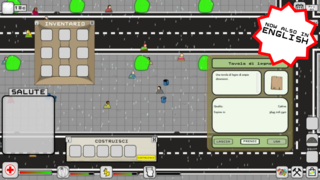 Hi All!! Finally Hard Times, after more than 3 years of solo development, will land to #EarlyAccess on #Steam! Release of the first public alpha is planned for mid September 2019, but you can (and should!) already wishlist it on the store page: https://store.steampowered.com/app/907410/Hard_Times/

Stay in touch for the exact release date and reach out to me if you need or want more infos or everything else!

I'm wainting for your feedback!

It's finally time for some news about the Hard Times project. During the last months the project underwent some critical times, as our former graphic designer quit the team and so, after some indecisions, i was left as the sole active member of the team. After an initial despair moment i took back the project on rails and began a total reboot of the project, writing all the source code from scratch and updating the underlying engine to Unity 2017. After some months the reboot at a good point and many things were introduced (one for all: some modding capabilities like the ability to add your own or modify existing objects, craft recipes, quests ecc in the game). Many chronic problems tied to the old implementation were addressed and fixed, and a new ui is being developed. Many things on the go. As I am working alone on this it will take some time. As the last 2 years of my life where dedicated to this project, i'm not here to say i will quit it. I am very happy and confident about the developing status of the game and i am also willing to take all the time it will take to make it the best way as i want to. Thanks a lot to everybody for your support and please be patient and look out for further news as the project goes on. Thanks to everyone and happy hard times!

Hi All! We finally got Greenlit with the last projects approved by Valve as Greenlight will cease to exist. We are very happy about it and we will work hard now to prepare a new demo with our new graphics assets and to prepare properly our release on steam! Thanks to everyone who supported us in the last months!! We really appreciate it! We will stop for now our Open Alpha phase, as we gathered a lot of feedbacks that we will use now to prepare a vertical slice demo to support our forthcoming release on steam!! Stay in touch with us here, or using our facebook page or also using our website, to stay updated about any news and release!! Happy Hard Times Everyone!

Hi all! First of all: we are on Steam Greenlight! Vote to set us lit, on the link below! But!! we also released alpha a2.0.4: bringing updates to some UI issues. First of all you can now swap items from inventory to the equip slot. Second improvement made is that you can now use items directly from the ground. No more need to pick up them first. Also fixed a major bug preventing use of the underground metro, appearing in the english version of the game! More changes are listed in the build changelog file. Moreover, we're still working on a graphics total remake, which you can stay updated about following our greenlight page linked below. Happy Hard Times Everybody! http://steamcommunity.com/sharedfiles/filedetails/stats/927947802

Hi all, we are now on greenlight, please support us with a vote and a comment!! Thanks you all! https://steamcommunity.com/sharedfiles/filedetails/?id=927947802

Hi all, we released alpha 2.0.2, which is a quick bugfix release, addressing some problems we introduced in the last versions regarding some crafting recipes. Happy Hard Times to everybody!

HI all! We just released Alpha 2.0.1 with some improvements to the translations and a new miniquest. We also added a brand new illness: "scabies"! Watch out about sleeping in cardboard beds! You can read it all in the build notes included in the download. Other than that we are also starting to redesign the graphics of the game with our new 2d artist which will bring a whole new life to our characters and our cities. Happy Hard Times to everyone and thanks for all your feedback and support! \m/

We released Alpha2 of Hard Times (Tempi Duri). This is the first release with multi language support and an english translation! Our translation is still to be improved and we will greatly appreciate any kind of help in that way. Please report any bug or problem you may encounter during the gameplay as we are still working hard to fix bugs and to expand features and contents!! Thanks in advance! Our roadmap will include graphics improvement and miniquest expansion. We are also working on new game content, including new cultivation crops, new cooking and crafting recipes, new records of real bands to be listened through the craftable hifi and new stuff all over the place. We are also preparing for landing on Steam Greenlight, so keep an eye on the project as we will soon need all of your support. We wish you all to have some very good Hard Times! \m/ 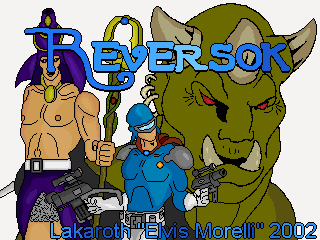 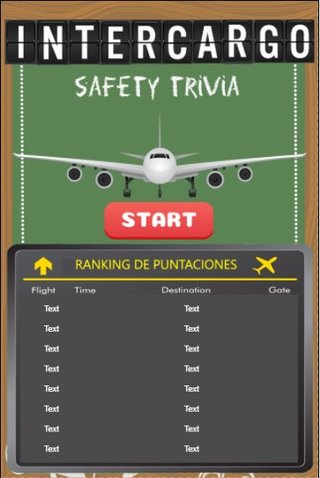 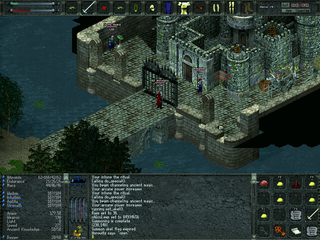 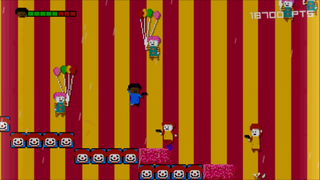