Got bummed that my script for WASD movement isn't working so today instead of working on the scripts for map and gold/item tracker, I decided to work on a new mechanic: Purchasable houses! I just worked 2 hours on it, made a random plot that you first buy, then you gather materials to build it (limited customization) and at the end you will be able to grow vegetables, mine or (maybe) add a farming (slaughtering pigs, milking cows, waiting for chicken to give eggs, etc) depending whhich location you buy although you will be able to buy all houses which are purchasable . Hope everything will turn out fine! PS, the scripts above I wait for my bff to drop by when he has free time to help me out a bit with them.

Bad news guyz :/ The script that I found online Dekita: WASD movement isn't compatible with 2 of my scripts, so instead editing and losing time or even removing those 2 I have to remove the WASD script :/ I'll keep updating news as the work progresses.
Big hype with the "fog of war" script. interesting idea I stumbeled upon and the script is working fine but there are 400~ locations and I have to go each one to 1 by 1 do it.,,

Another fast news (they just keep on coming!), I just added another script while working on the map script! Fog of War - Rooms with doors are dark until you enter it. They go back to dark when you leave the room. Room with no doors are normal (windows let the light in) Hope players will like it!

Added WASD movement instead the arrow keys! Working on a script for map and gold/item tracker scripts (for those who like stats like I do :D ). After I finish these 2 scripts I will start working on the game content and finishing Bagash-South and see if I can finish the quest from the church in Bagash-Center (it's not in game but you can see it there floating)

Good news! I cut the break short and will start working on the game soon! I did 15minute work just now and will probably start working from tomorrow. In case you are interested join me on

Hey guys! The pause is still going on, but I had a thought of having a map in my game, so I'm thinking to implement it. If anyone knows a script for it for RPGMaker VX ACE, I would appreciate it. Just write it down #scripts #rpgmaker

Hey guys! Right now I'm on a little break. I worked on this game for more than 880 hours so I'm a bit tired. Will resume as soon I'm rested from it(1-2 months, the game >>>>>>IS NOT ABOUNDED<<<<). Anyway, I added the game on itch.io so if wana check there I have more info about the game and I will write updates and news on both and facebook. I do like people download it, but I would really appreciate more feedback of any kind. Just write here, itch.io or on facebook. Cheers

By accident I put my 6.6v inside 6.4v folder so people had to download both of them. I fixed the link. Guess those who didn't extract 6.6v from inside the 6.4v folder didn't play up to date game :D

AS soon, I'm done adding finishing touches with crafting (only armors left), I will upload the update. Should be done till end of this week or next If anyone is interested post me a reply here so I know if I need to rush or not

Working on the game. Added bestiary and achievements. Hyped!!! 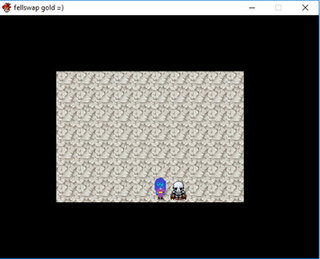